Can't Turn a Lion into a Sheep 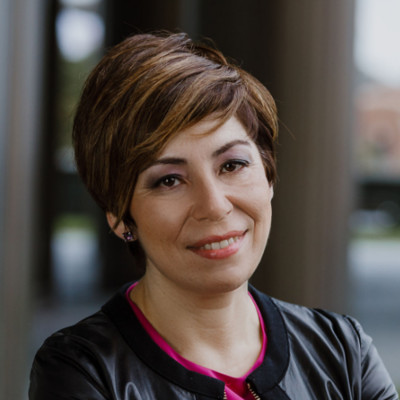 Do any of the following sentences resonate with you?

It's an easy way out to sideline people like us. Most people believe that we've nothing important to say, that we may just like the sound of our own voice and the thrill of our own power. The truth is we have a tremendous capacity to have an outsized impact on everyone when we learn how to connect powerfully with others.

Do you remember Aesop’s story of Androcles and the Lion?

Once there was an escaped slave named Androcles who ran into the forest to get away from the guards chasing him. In his desperate search for a hiding place, he came upon what looked to be a fearsome lion which made him turn tail (pardon the pun) and head in the opposite direction.

And yet, there was something about the lion that made Androcles turn around and approach. As he got close, the lion extended his paw which was swollen and bleeding. Androcles soon saw a thorn that was the cause of the lion’s pain. He removed the thorn and wrapped the lion’s paw so that it would heal. Afterward, the lion took care of Androcles and every day brought him meat to live.

The story goes on about Androcles’ and the lion’s eventual capture and how Androcles’ sentence for escaping was a public spectacle in an arena. He would be thrown to that very same lion he healed and befriended for the lion to kill. When the lion was released into the arena, it ran in and roared. The lion stopped in its tracks because it recognized Androcles. Instead of attacking, he fawned over him.

The point is that you don't have to change who you are. You're not broken. You can’t turn a powerful lion into a docile sheep. It’s just not possible. What you can do is to remove the thorn, much like Androcles removed the lion’s thorn.

It’s not that modern badasses are “too much” so much as we have not created the conditions and the environments where we present in the best light. So, instead of being told that you’re too disruptive, bold, brash, etc., let’s create hearing and knowing that you’re “just what the doctor ordered.”

I'm here for all of your alleged and much-needed too-muchness. What I am not here for is victim mentality and doubling down on what you know will only continue to alienate you from what you really want: collaboration, community, and connection. The definition of insanity is doing the same thing and expecting different results.

I want you to believe that you can rewrite your narrative, step into a higher-profile role and leverage your power for good. That said, I can't want it more than you want it for yourself. The pain of not doing something has to exceed the pain of your status quo.

If you like where you are right now, have at it and enjoy continued frustration. However, if you know your potential for a positive impact on the rest of us and you know you can be seen as an effective leader, now is the time to embrace transformation for your sake. It may not be comfortable but it is always perfect.

Hungry for other types of conversation?

Yes, there's more! Subscribe to the Sixense Strategy YouTube Channel where I share past sessions of Badass Bytes, my live stream, as well as the LinkedIn Video Series.

Want to speak live? I'd be delighted. Book time here.

P.S. I'd love to work with you, badass. Let's talk if any of these options intrigue you.

My name is Parissa and I am a Business Whisperer. I help leaders and businesses discover and unleash their superpowers… the stuff which defines THEIR brilliance. I love creativity and ambiguity. I love pushing past what we believe our limits may be. I love disruption and pattern interrupts. I love change agents. I love being messy and edgy. Actually, I REALLY love being messy and edgy. I serve clients. I don’t please them. I founded Sixense to build on my previous career incarnations and enact my Sixense Empathy Model™ to serve the business leadership community. I work with C Suite and senior leaders when they are ready to level up and step into their powers to grow their businesses or to grow as leaders. Sometimes, being at the top can feel like you’re alone in a crowded room and my clients know I will work side by side with them to set and conquer goals that drive real results for them. I’m also a partner in 678 Partners, a firm that offers advisory services to Family Offices. Prior to that, I served as Vice President, Account Director at Wunderman DC, a relationship marketing agency. I’m recognized in the Chicago entrepreneurial community as a board member, advisor, and angel investor, with a soft spot for female founders but a love of creative minds above all else. I have taught entrepreneurship seminars and am a frequent speaker on topics such as strategy, leadership, and entrepreneurship. I am a Certified Professional Coach, and hold a BA from Northwestern University and an MBA from NYU’s Stern School of Business.