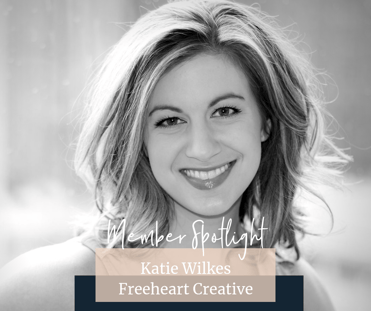 If you were to ask Katie in spring of 2015 when she would have started a venture from the ground up, her answer would be “oh 10 years from now.” But reality struck, and mere months later, she met her co-founding soul sister Dana Michelle Cook through her life coach and co-formed Freeheart Creative.

In her early years out of college, Katie was balancing her 9-5 public relations agency life with volunteer efforts with the Red Cross. She would deploy to disaster sites around the country on holidays, weekends and personal time off, witnessing communities struggle yet come together during the worst times of their lives. And she started to notice something - the most beautiful, resilient moments rarely made headlines. Instead, these stories were often afterthoughts at the end of a newscast or small side stories next to death toll headlines post-disaster. Katie also learned that it is impossible to see the beauty of hope when you strip away the uncomfortable, wincing moments of darkness we all go through. That’s what makes our lives most relatable.

This theory tested true yet again after Katie worked with the International Red Cross in Geneva, Switzerland during the 2014 Ebola outbreak. It was only many months later when the

American public felt personally threatened from a very far away disease that the media chose to cover it, injecting fear instead of rationality and balance into everyday lives.

From then on, Katie vowed to do her part as a professional storyteller to bring stories of survival, resilience and possibility to the forefront. And she found this notion infinitely more powerful teamed up with my now business partner Dana Cook, a fierce film producer and director who has worked to empower women around the globe.

Freeheart Creative is built on their joint experiences and commitments to empower audiences through hope and connection by featuring brave women’s stories from around the globe. Together, the duo traveled to East Africa to create a rich documentary series called Seeing Brave - the first episode has even been nominated for an EMMY! The film series is the catalyst for real-world storytelling workshops for Chicago Public School students and workplaces to inspire action and drive people to create good in the world. 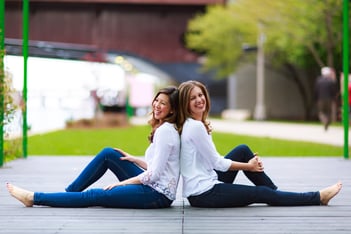 Katie and Dana are both thrilled that the third and final episode of Seeing Brave Season 1 is premiering in a special free online run January 21 - 27th. You can find it at freeheartcreative.com.

When Katie isn't working on Freeheart Creative or freelancing, you’ll find her at a yoga class sweating and zen-ing. It’s become a non-negotiable pleasure and release in her life that she looks forward to daily. Katie's other half is her 14 year old West Highland Terrier, Ferguson, who she adopted seven years ago. They're pros at traveling together, napping and playing with his way-too-full toybox. #spoiled. Katie writes whenever she can and also loves to travel to new places around the world. She continues to volunteer regularly as a national and international spokesperson for the Red Cross. Katie is also known to whip up a giant chocolate cake in her kitchen on a whim. 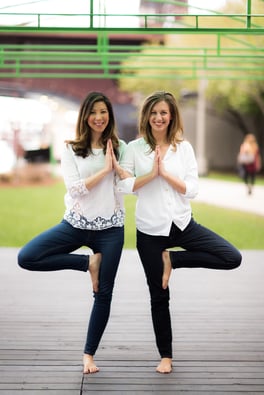 "I first heard this quote from my mentor, who introduced me to Marianne Williamson’s work. And it has proven true, especially during the most intimidating parts of my life. I’ve so often found that the biggest thing holding me back was ME. I’ll feel that fire and burning inside, but it becomes all too easy to shut it off and look the other way because like so many women, we think we’ll make the other “feel bad” for shining too brightly. But what we (and I, certainly!) have to remember is that us stepping into our power truly gives permission for others to do the same. Don’t we need a lot more of that in our world?!"

> Read More About this Topic