Self-Care Act: It Doesn’t All Have to Fall on You 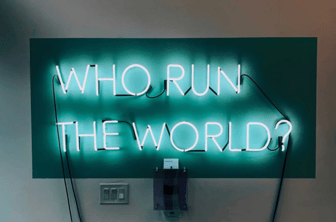 When you’re in a position of leadership, it doesn’t all have to fall on you, but a lot of the times, it will feel like it does. With or without anyone’s help, it’s your company or project so you must take ownership to get the job done. As women, we must realize that there is power in asking for help because everyone on your team has the same goal of success in mind.There are several main factors that contribute to why women don’t ask for help and believe we can do it all ourselves.


The concerns of rejection from past requests for help have stopped us from asking for assistance now. To avoid those thoughts and feelings of being seen as weak or needy from others  — especially our male counterparts — we won’t say anything. We then become consumed and frustrated by our work. Asking for help doesn’t make you weak, it makes you a human being. It’s not wrong to not know something.


Being independent is seen as one of the ultimate signs of strength amongst women and we take pride in doing it all on our own. For many women, not asking for help is the norm because there have been people that haven’t followed through with their responsibilities and you had to pick up the slack. Address the issue by creating steps of corrective action to ensure this doesn’t happen again. It’s important to be clear about your requests and leave past experiences out of the conversation. Hold your employees accountable to ensure the goals get accomplished as a team through conversation not confrontation.


I just learned how to ask for help. There were times in my childhood, my family would struggle and made some sacrifices so we wouldn’t be without. I interpreted some of those struggles as a story of hindrance. I wouldn’t ask them for help because I didn’t want to inconvenience or burden them So, I decided that I would only ask for help when I felt I really needed it and by that time, it would almost be too late. After that, any time I needed help with something, those thoughts of being a burden would come up and I wouldn’t say anything. I would figure it out and make it work by myself. When I shared this with my parents recently, they were surprised. They never told me they couldn’t help me or they couldn’t give me whatever I was asking for; I decided they couldn’t. I felt silly.


At times, we feel like we have something to prove by showing we can do it all ourselves, especially with our work. We miss out on the opportunity to collaborate and learn something different that could change our perspective on how to approach the work at hand. Our ego is what stops us at times from making connections with people because we feel they’ll do it wrong if it’s not done our way. As a leader, asking for help will empower those around you by showing that you trust that they’ll get the job done. We are the product of our past experiences and once we discover, acknowledge and work through the reasons that have held us back from accomplishing what we want, that’s when we’ll start seeing different results.

Amanda Harth is a creative based in Chicago who’s passionate about community and the creative arts. She created the fashion blog Runwayaddicts, a website dedicated to topics on transparency in the fashion industry and highlighting new designers. In addition to the blog, she organizes events around Chicago created to showcase emerging brands and designers. You can find her on Instagram at @thisharth