Sorry, Marie Kondo, Sometimes You Just Gotta Burn It All To The Ground 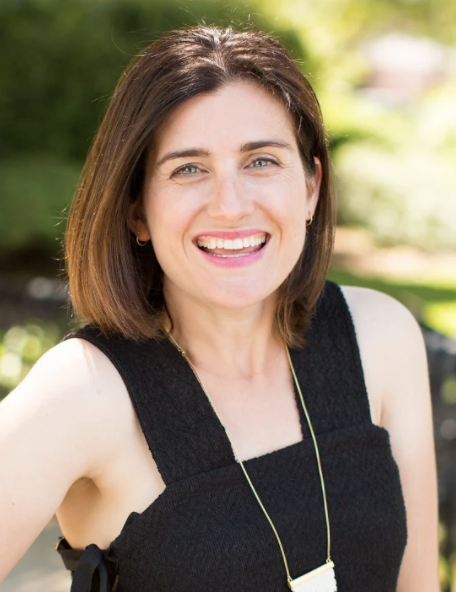 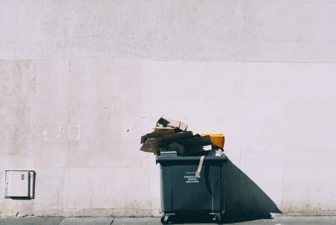 Everywhere you turn, people are decluttering, donating and purging their lives of items that no longer bring them joy. For those living under a (perhaps very cluttered) rock, the minimalist lifestyle movement encourages people to live more fully with less, intentionally use what they already have and to be conscious of what they bring into their home. Thanks to thought leaders like Marie Kondo’s The Life-Changing Magic of Tidying Up, minimalism is all the rage right now, and with good reason. Living an intentional life, especially when it comes to the management of ALL THE STUFF, is not only good for time management and productivity, but numerous experts like Becoming Minimalist and Psychology Today have shown that it's beneficial for your mental health.

In theory, I’m all about minimalism. I’ve bought two books on minimalism (feel free to unpack the irony of that on your own), constantly yell at my two kids to put their stuff away and celebrate my neighborhood’s big trash day with the zeal of a child preparing for Santa Claus (I’ve been known to sing “It’s the Most Wonderful Time of the Year” as I drag dog decimated furniture to the curb).

One of the biggest tenements of the modern minimalist movement is mindfulness being conscious and present not only when you purchase, but when you choose to let go. In a perfect world, we’d all have time to lovingly take out our possessions one by one, decide what brings us joy (per Ms. Kondo), and let go of what no longer serves us. If you’re like me, however, you don’t have time to hug your sweaters. Sometimes all you have is 20-minutes and a blowtorch to get your house and business back in order.

So in that spirit, I offer to you KT Speetzen’s The Life-Changing Guide to Getting Rid of Stuff And Not Just Throwing It In Your Closet (although, you do you. No judgment).

Step One: Get a Playlist

I’m not going to lie guys, this is the most important step on the list. You’re going to need a solid musical playlist to give you the energy to get through the amount of crap you’ve accumulated. This is not the time for Enya. I’m going to recommend some of my favorites, however, specify it to your own musical tastes. This is just a jumping off point.

Action Items: Gear up your tunes with some good headphones, your grossest workout gear and a pair of swim goggles. It’s time to get to work.

When I recently “decluttered” my kid's playroom, it wasn’t as much about giving away things that don’t bring me joy as much as throwing stuff out that I had grown to hate. Maybe this is just because I have elementary school aged kids, but nothing has ever made me happier than spiking that armless Barbie that’s been living under our couch for two years into a garbage bag. That, my friends, is letting go with joy. Random half broken Lego pieces that you’ve been stepping on repeatedly? Double points.

The same thing goes for my office. Why do I have manuals for trainings I went to eight years ago, in an industry I’m no longer in? Good Lord, woman. Find the stuff you haven’t used in 18 months, and don’t think–JUST CHUCK IT. NOW.SERIOUSLY.

Action Items: Take 10,000 Hefty bags and start going full Terminator on your space. If you “might use it someday,” guess what, hon? You won’t. Toss it. It’s ok. We’ll get through this together.

So you don’t feel completely awful about adding to the planet’s pollution problem, donate what you can to your local Goodwill or favorite charity. Many communities also have Facebook groups that can help with buying, selling and trading. But seriously, take that one thing you hate the most and just put it in the trash. It’s going to feel great, trust me.

One of the biggest steps you can make going forward is to start saying no to shiny objects. What are shiny objects, you might ask? They’re anything you want but really don’t need. These may include but are not limited to: anything in the dollar section of Target, half of Sephora’s offerings and any item that makes noise (especially this: it’s the devil's work and one birthday my daughter received three. THREE).

I know, sometimes a girl just wants another rose-colored coffee mug adorned with cacti, the easiest way to minimalism is to just stop buying stuff. It’s not a ton of fun. But think of how much money you’ll save on not having to buy a Hefty bag to throw it out in later?

Actions Items: Learn to say no. Or, if you’re me, make sure your best friends are CPAs and don’t leave home without them. Whether deciding to “invest” in something for your business (“But I really need this e-course on how to market in Sweden using hygge!”) or an item for your home, take a deep breath and run it by a friend. Accountability makes you pause and gives your friends a reason to make fun of you, both of which will lead to you bringing only what you need into your life.

Or, as it’s known at my house: Mommy’s playing her angry music dressed as Courtney Love again (see, I told you Step One was important), so we better get with the program or she’s going to sing Doll Parts while literally throwing away doll parts. It also gives kids a sense of ownership, or so I’ve been told.

Action Items: Find your best slip from 1994, smear some red lipstick, and watch your kids rapidly put things away before you reach their stuff. Works every time.

Wait, what? KT, you just spent an entire article telling us to get rid of stuff. Now you’re saying to get something again? You’re ridiculous.

I know. But after you’ve somehow not lit your house on fire while weeding out half of your possessions, what would make you happy? Want to read that book you keep hearing about? Get a copy from the library. Does your kid want a new toy? Encourage them to have a garage sale of stuff they don’t use to earn money for it. You can keep treating yourself, friends, and you should. Just make sure, for the love of all that is holy, that it actually brings you joy.

KT Speetzen wears many hats, and they’re all fancy. As the Co-Founder and Confidence Producer of Pitch At Us, KT works with companies looking to infuse confidence into their business, allowing them to connect with clients and raise capital showcasing their organization’s authentic mission statement. In addition, KT hosts and produces The KT Speetzen Show Podcast, which highlights industry thought leaders who are growing their companies their way. For her night gig, KT produces The Mother Cluckers comedy troupe, an all-female stand-up and storytelling troupe that brings comedy to parents and those who’ve had parents. In her downtime, KT hangs with her husband and kids in the Chicago suburbs while wondering what Megan Mullally is up to and if she’d adopt her.